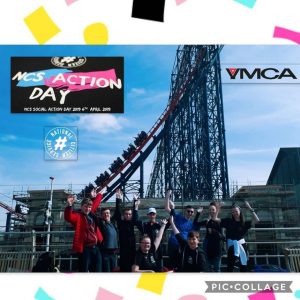 Fylde Coast YMCA’s local NCS Youth Board were challenged by the NCS trust to continue their social action after they had finished programme. Throughout the process, a team of 10 graduates began to plan an event, working closely with Anne Hedley to gain some top tips. The team have been meeting every few weeks to plan the event which they had to deliver on NCS social action day. The team decided that they would like to raise some money for YMCA Lakeside, as they had really enjoyed their time spent there on NCS. 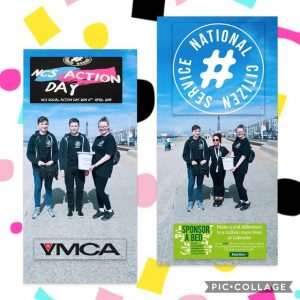 One of their favourite activities was the expedition where they had to navigate themselves on a walk through the Lake District, so they wanted to replicate this for their event. The team decided to do a sponsored walk from YMCA St Anne’s Pool to Blackpool’s comedy carpet outside Blackpool tower, the graduates also invited this years NCS sign ups so they could get their first taste of what a social action project looked like! On the day the weather was brilliant and a team of 12, including NCS Sign ups, NCS graduates and NCS staff completed the sponsored walk raising over £120 pounds for YMCA Lakeside, the team are going to be sponsoring a bed with the money raised on their social action day.