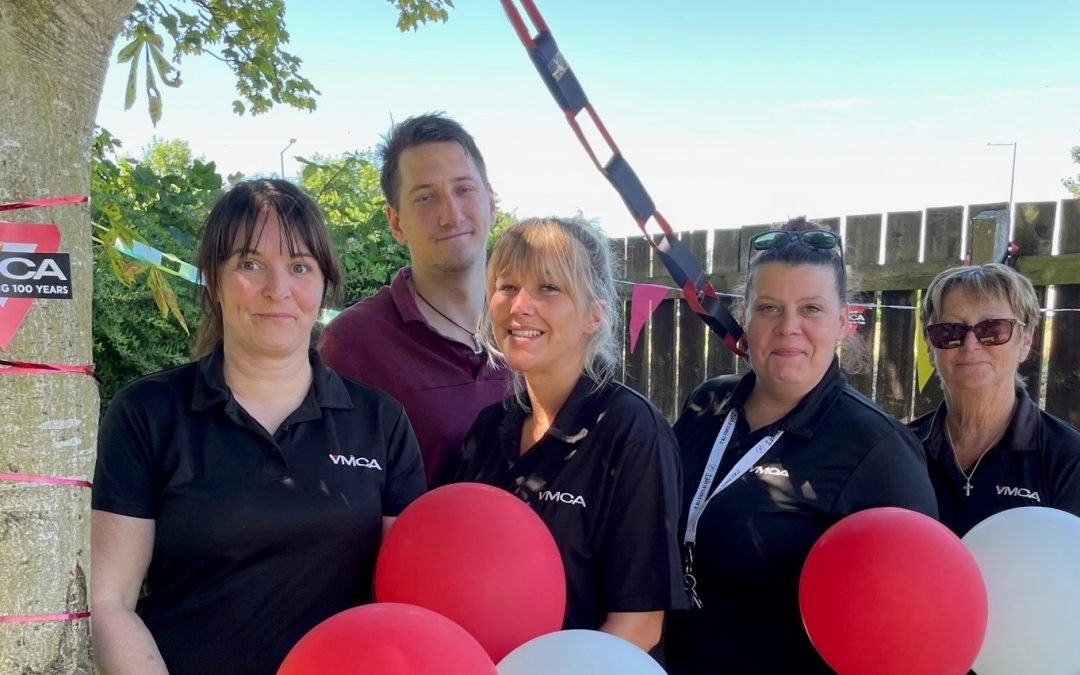 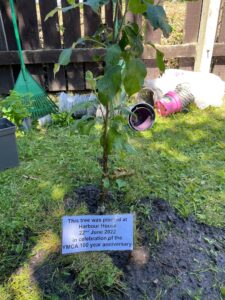 Celebrating a milestone birthday at the YMCA on the Fylde Coast took a community turn, thanks to some extraordinary young people.

YMCA Fylde Coast was formed in 1922, and has since helped tens of thousands of people and good causes in the North West

YMCA Fylde Coast is part of a worldwide charity movement making a world of difference, not least of all locally.

YMCA Harbour House, in Lytham, provides secure, supported accommodation for a number of young people. The residents took it upon themselves to volunteer their time to support their local community in their centenary year, with an event in late summer.

The Princess Diana-planted tree is still flourishing, now a new tree has been planted to mark the centenary

“I couldn’t have been more impressed with them, they embody everything the YMCA represents.” 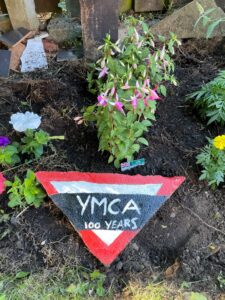 The YMCA was launched from a hut on Squires Gate Lane in 1922, and came into its own during WW2 supporting the troops, before moving to bigger premises at St Alban’s Road in Lytham St Annes.

Throughout the decades a string of celebrity visitors endorsed the good work on the Fylde Coast, including Cliff Richard who visited twice, Kenny Dalgleish, Princess Diana, the Duke & Duchess of Kent. Her Majesty the Queen is also the YMCA patron. Playing fields and bigger premises followed, together with new programmes working with young people and their families.

A £15m fundraising campaign developed the Stoller Building at YMCA Lakeside, while new accommodation units for young adults were created at St Anne’s and Bolton.

Kerry added: “For 100 years, the YMCA on the Fylde Coast has committed itself to the business of personal and social development, long before it was popular on the political agenda. Our activities are guided by the local communities in which we work and by the need to remove the barriers which prevent young people from fulfilling their potential.”

Kerry herself joined YMCA while looking for a full time role and a change of direction, describing working as a Support Worker as ‘the best thing I ever did’.

“Being a Support Worker means making a positive difference in someone’s life. Making a real change to the lives of the people you provide support for and their community of friends, family and carers.

“YMCA gave me the chance to build a career. I’ve learnt transferrable skills and valuable experience, and with ambition, you really can work up the ladder. I hadn’t really considered career progression at first but after three years as a support worker I became Manager of YMCA Harbour House.”

Find out more about the work of the YMCA on the Fylde Coast and beyond at https://www.ymca-fyldecoast.org/